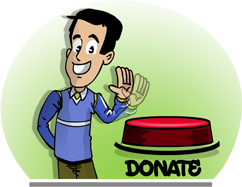 Includes all bodily action. It is the most common form of bullying. Within the past few years, physical bullying is mixed with alarming frequencies and various forms of sexual abuse. It is identified usually because it leaves prints on the bodies: bruises, scars, etc.

Includes non-bodily actions to discriminate, spread gossip, making foreclosure actions, insulting jokes and repetition. Children and teenagers are much more sensitive than adults to these issues. The opinion of parents is an essential part of the factors that will help shape the identity and personality of these children and teenagers. This form of bullying it used more by girls (females) as they move closer to adolescence.

Direct: Name-calling, insulting, threatening, mocking, and laughing among others.

Psychological Bullying is the most difficult to detect because they are forms of aggression, threat, or exclusion that take place behind the backs of anyone who can warn the situation. Generally, the offender can remain anonymous. It is often used to underline, highlight or reinforce actions taken prior and maintains latent threat.

They increase the strength of the abuse because the abuser exhibits a higher power to show that they are capable of threatening even if an authoritative figure is present.

The victimâ€™s feelings of helplessness and vulnerability increase, as they perceive the bold threat will eventually materialize forcefully. This may consist of a look, an obscene gesture, among others. Also, within this category there is a type of bullying involved called racist bullying: occurs when abuser refers to the origins of the victim.

It is when a siege, induction, or sexual abuse occurs. It is when the abuser refers to private parts of the victimâ€™s body.

Includes Homophobic Bullying: occurs when abuser refers to the sexual orientation of the victim of which attempts to justify on grounds of homosexuality, real or imagined.

Intended to isolate the child from the rest of the group; usually by ignoring, isolating, and excluding the child.

Direct: Exclude; leaving the victim away from participating in-group activities.

Indirect: Ignoring, treating the victim as an object; treating them as if they are not around.

Back to Report
MY VOICE COUNTS